Have you ever wondered where the expression, ‘dogs days of summer” came from?

The dog days of summer are the hottest, most uncomfortable part of summer. Oppressive heat, drought, fires, lethargy, sudden thunderstorms, and supposedly mad dogs and bad luck per Greek and Roman astrology. It’s historically the period following the helical rising of the Star Sirius.

White wine and rose’ are perfect for this time of year. Well, actually, I prefer white wine and Vinny Sal is a rose’ fan but let’s not quibble.

His first recommendation is Albariño or Alvarinho, a white grape grown in Galicia, northwest Spain and in Monção and Melgaço, northwest Portugal. This white wine varietal was presumably brought to Iberia by Cluny monks in the 12th century. This white grape variety may be a Riesling clone, or rather a close relative of the French grape Petit Manseng. Sounds like to this Owl, it’s a case for Henry Louis Gates, Jr., educator and host of the PBS television series, The Roots.

Any hoot, another Spanish recommendation is a wine from the region of northwest Spain, Rueda. This is a refreshing white wine with zingy high acidity. Verdejo is the prominent grape variety, but can also be blended with Sauvignon Blanc and Viura.

Soave (pronounced So-Ah-Ve) is a dry white Italian wine from the Veneto region in northeast Italy, principally around the city of Verona. The main grape variety though Trebbiano di Soave and Chardonnay are permitted in varying percentages. While most Soave is dry, however, a sparkling spumante style is permitted as is the passito Recioto style (a straw wine or raisin wine that is made from grapes that have been dried to concentrate their juice).

Another Italian white is Falanghina, also called Falanghina Greco. It is a wine grape variety called, Vitis vinifera. It is an ancient grape variety with considerable character. It is cultivated on the coast of Campania north of Naples and frequently consumed with seafood. 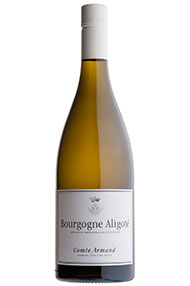 Aligoté is a white grape used to make dry white wines, especially in the Burgundy region of France where it was first recorded in the 18th century. Tolerant to cold, this variety is also cultivated in Eastern European countries such as Romania, Russia, Ukraine, Moldova, and Bulgaria. Aligoté is used to produce a varietal white wine that is sometimes included in the blend of Burgundian sparkling wine known as Crémant de Bourgogne. Aligoté adds acidity and structure to other varieties when blended. The grape is often blended with Sacy, a white grape that ripens early and is light-colored wine low in acid and alcohol.

Tasmanian Rieslings have close similarities to a Mosel Riesling than that which is typically produced in Australia.

From the island of Santorini is the white grape, Assyrtiko or Asyrtiko indigenous to the island. Assyrtiko is widely planted in the arid volcanic-ash-rich soil of Santorini, other Aegean islands, and can also be found scattered in other regions of Greece. This grape blends well with Sauvignon Blanc, Sémillon and Malagousia. Assyrtiko grapes do not lose acidity even if they are very ripe. Throughout Greece, the grape is vinified to make a variety of dry and sweet wines including Vinsanto-like musky and syrup-sweet dessert wines. In Retsina, it is often blended with the less-acidic Savatiano grape.

Moschofilero is another aromatic white grape of Greek origins with a pink-purple skin and quite spicy flavor with good acidity. This grape is used to make a dry and bold wine with spice and perfume. It is characterized by a “rose garden’ bouquet and is usually paired with fresh fruit or fruit-based desserts. The sparkling and dessert wines can have similar characteristics to a Muscat.

Unlike The Owl, these wines don’t age well.

These wines are to be served chilled at 45 degrees. Drink these wines now and try to find the freshest bottles available. There are many producers that have fine wines in the white wine category. Price points for these wines range from $12 to $25. The wine bottles shown are representative of some of the best white wines for these dog days of summer.

Here are recipe links to some of our favorite dishes:

One last hoot from The Owl

It must be the time for everything white… Vinny Sal got a new company car last week in “elderly white” (inside joke). But all joking aside, don’t invite bad luck the Greek and Roman astrology gods predict during these hot summer days. Drink responsibly. Employ a designated driver when enjoying your favorite alcoholic beverages.

Enjoy these last days of summer with family and friends! 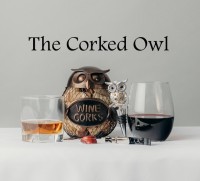